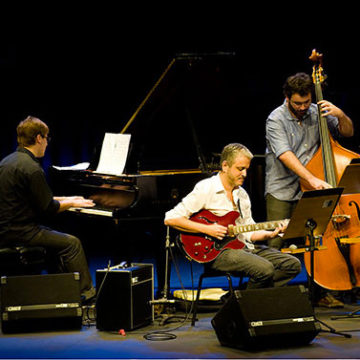 Jazz Combo is a group of 13 musicians created by Paulo Flores a decade ago, and linked to the Conservatório de Tatuí, one of the greatest state institutions in Brazil..Paulo is the director , conductor and arranger. Bringing different vocabularies inside the brazilian jazz scene to be played by the group on their tours.
In april 2013 he invites Lupa for one concert with his music, arranged by Paulo, where Lupa would be soloist too.. The concert went great and the friendship between Paulo and Lupa brought this new Project, a cd recorded in the same theater 6 monthe later and released in the end of 2014.
All originals by Lupa except the tune Beatriz, Paulo’s composition. The quality and energy of all musicians of the band gvaea new perspective of the music.