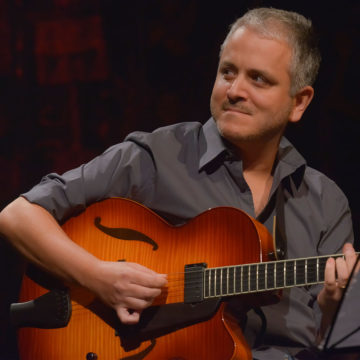 Guitarist Lupa Santiago graduated from Berklee College of Music (Boston) and Musicians Institute (Los Angeles), also have a master from The Boston Conservatory & Berklee College Of Music.
Received twice the prize Best of Berklee, 1998 and 2000. Elected and re elected, 2009 and 2014, member of the board of directors of IASJ (International Association of Schools of Jazz).
Lupa released 17 cds as leader and co leader and participate in many cds, of other artists, his first CD 2001 was indicated for the Latin Grammy.